Space -  reservoir of moments representing plurality and diversity of its own poetics; it can be distinguished as a sensory or/and imaginary space depending on its reality or more its locus; a way in which we experience a space is non-geometrical and rather elastic, changeable and psycho-plastic

Movement concentrates space and time, alters and accentuates the heard and seen

Sound  builds up and accentuates a shape tension, plasticity, feeling and release

Word   depicts this what is between imaginative and seen

Time closed in a box

Space shrunk to a needle eye

Sounds restricted by a motionless light

Music of silence is able to capture pictures of darkness

Stillness can lead to the space dispersion 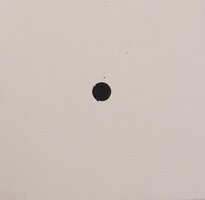 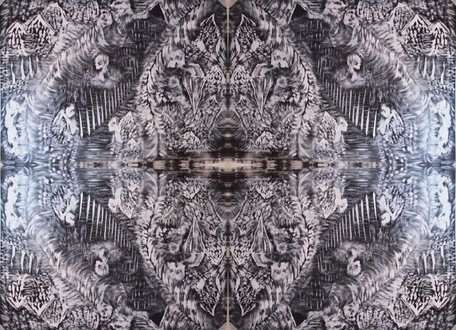 From here to there

Is there any difference?

All the same and nothing either

A door to expanded space

Looking for light in the dark

Exploring places contracted to a point

Chanting songs of no sounds

Moving while being still

Light in the Dark

Chanting a poem of no sound

Contemplating Nature of the Self

looking for the whole in parts

A falling drop of light in the dark

splitted space-time into a pallette of colors

used to paint our reflections

An echo of light 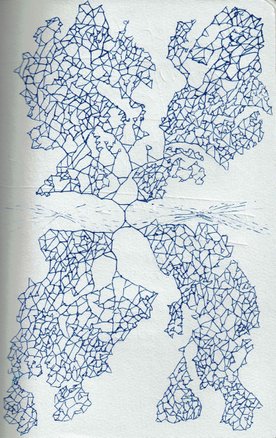 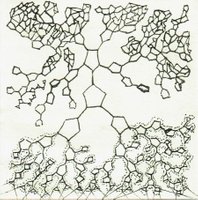 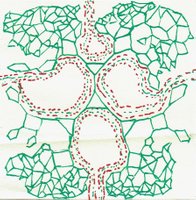 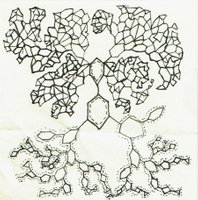 Soundboat is an installation which is made of various metal elements and singing bowls. The whole structure of this set-up was inspired by a number of experiments conducted during a residence in De Oude Beurs.

Soundboat is a vehicle which moves through the ocean of sound and light. It's a tool for space journeys which inspire the crew of the boat to create further and explore other possibilities of immersing in subtle frequencies of space.

Soundboat has come into existence thanks to a mutual inspiration in creative processes between Robert Soroko, Klara Dolhain and Sonic Photon. The artistic approach towards creation and an acoustic resonance of works of Robert Soroko was a main inspiration in building and tuning up the entire installation.

Reading from the Black Book

It's a setting where words undergo a transformation caused by sounds. This interaction explores sonic qualities of words and their universal features of expressing poetics of space.

The performance begins with a reading of few texts from the Black Book by Sonic Photon. They explore various aspects of space-time and its influence on perception of objects and entities expressing themselves within a place and stretching over time. These texts metamorphose from specific qualities of language towards more universal features of words expressed by their sonic character.​

It's a journey through different landscape poems until horizons of sound poetry.

During and between texts a couple of sounds resonates throughout the space: 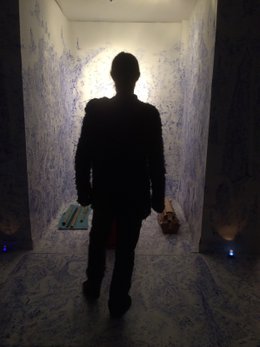 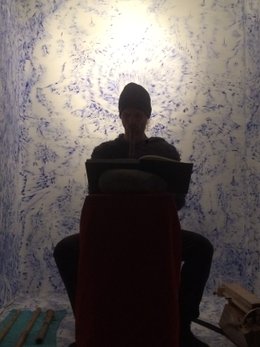 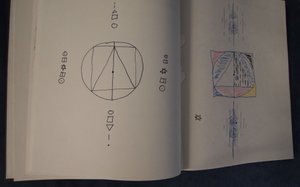 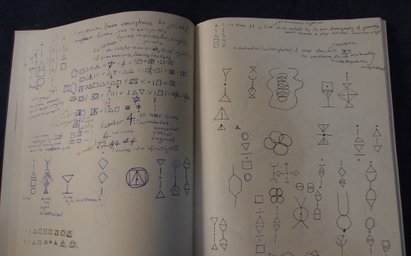 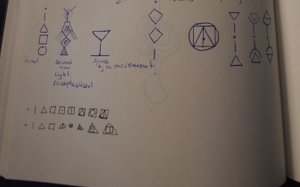 4Fold was founded by Sonic Photon and was active between 2015 and 2019, however, it is a universal idea of organic international art collective which connects people from various disciplines in order to activate a space it occupies. It is a performing company and a platform for other artists and enthusiasts to explore themselves and their craft in this setting.

4Fold has always existed as the platform for all creative creatures who are willing to intertwine and share various experiences of life and an approach to an interpretation of nature.

This is shortly encapsulated in our vision:

Movements concentrate space and time, alter and accentuate the heard and seen

Words depict this what is between imaginative and seen

4Fold is a setting where movements, sounds, visuals and words are intertwined

It is a synthesis or some sort of connection between those four elements, narrative and objects

It takes culture as a verb rather than as a noun

4Fold situations usually take place in bare, unfurnished venues which are designed by the members of the group creating a collage of media

It creates a wormhole which can link two separate places in spacetime, between the one and the second performance

The human’s presence alters the space-time, which is why 4fold sessions are held for many hours to see an influence of spacetime on participants, and vice versa

4Fold wants to present, to show a process and a finished product
Thanks to that, a spectator can feel the creative energy emanating during the whole process and not to only perceive the final product

4Fold has its own features because it’s not fully the theater, nor the dance piece in sense of stage

dynamics, but contains their all basic characteristics

4Fold provides a setting where all works come to one place in order to create a gallery of ‘sensorialscape'
It’s free and improvisational in its core which wants willfully to commit itself in a self-discovery and wants to fuse all possibilities present within a group that can overcome boundaries of our defaults, personal flavors and modes of expressions